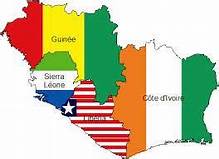 Economic integration institutions are very highly dependent on political will and the sanguine nature of cross border relationships.

The Mano River Union: An update

Economic integration institutions are very highly dependent on political will and the sanguine nature of cross border relationships. The European Union had been at the forefront in instilling the culture of closer integration as a driver of conflict avoidance, creating a platform for dialogue and reducing political hegemony through the ratification of major political decisions within a centralised framework. Altogether, the European Union has been more influential in promoting its edicts within the n ations of its major colonial powers such as the United Kingdom, France, Holland and Belgium.

The African Caribbean Pacific (ACP) States comprise of all of the countries that had at some point come under the direct influence and control of these former colonial powers that made up the European Union. The prerequisites for trade protectionism and the reliance on raw materials from former colonies necessitated the need for the European Union countries to attach some degree of mutuality to the ACP States and the formal relationship was endorsed by several agreements signed in Togo, altogether referred to as the “Lome Accords.” The significance of these accords reflect the residual relationships between former colonial powers and their wards in a constructive framework for protecting the special bonds, trade and aid that characterized the dependency era.

Sierra Leone has found significant benefits in regional and sub-regional integration. Actively involved in ECOWAS, this country has made significant progress with President Ernest Bai Koroma playing a leading role as one of the peacemakers for ECOWAS and a recognized elder statesman given his strategic position as Chairman of the African Union Committee of 10. It is the sub-regional construct of the Mano River Union that seem to be on a life string in the past years until the recent decision of the Heads of Governments in May 2008 to re-establish and restructure the institution as a functioning vehicle for sub-regional economic integration.

The MRU was created on the 3rd October 1973 by the “Malema Declaration” signed by President William Tolbert of the Republic of Liberia and President Dr Siaka Stevens of the Republic of Sierra Leone. The Union was enlarged by the accession of the Republic of Guinea on 28th October 1980. These three countries have a confluence border point on the Eastern tip of Sierra Leone in the Kailahun District town of Koindu. The area holds a regular international market and the intermingled nature of the three peoples of that region had long cemented the conditions for cross border integration given the commonality of their customs, traditions and origins. The Republic of Cote D’Ivoire joined the Union on 15th May 2008 and this ascension coincided with the signal decision of the Heads of State and Governments to “pursue the revival, growth, socio-economic development and integration of the sub-region within the framework of four pillars namely, institutional revitalization and restructuring with focus on the Union Secretariat and public sector of Member States; peace and security; economic development and regional integration; and social development.” In terms of its core mission, the Mano River Union aims to “strengthen the capacity of Member states to integrate their economies and coordinate development programs in the areas of peace building, as a prerequisite to any development, trade, promotion of development of industry, energy, agriculture, natural resources, transport and telecommunications, monetary and financial affairs; in short, all aspects of economic and social life of the Member States.”

In the call for mutuality, the Secretary General of the Mano River Union, Her Excellency Madam Medina Wesseh is pushing for a more functional role for the Union through rapid expansion of its project delivery and impact assessment and to raise awareness of the future scope for the Union to act as a first line platform for dealing with integration issues and for the effective management of cross border incidences. A former Senior Executive Assistant to the Liberian President, Madam Wesseh has been involved in strategic decisions at the highest level of Government in Liberia. With her previous experience in USAID Programme Management and coordinator of the Women’s Consultative Group of Liberia, she comes to the post with practical experience of building sustainable structures for community development and for dealing with pro-poor issues of disadvantage and exclusion particularly with respect to engaging women and girls in mainstream economic activities. Her call for mutuality is therefore focused on building the mechanisms that would make the Mano River Union’s current mandate more functional and reflective of the aspirations of the political leadership and commitment of the Heads of States and Governments towards its functioning as a Union for economic integration and development.

A central role of the Union is “to maintain the initiation of dialogue at all levels between its Member States for the purpose of achieving greater unity and solidarity, and promoting goodwill, neighboring cooperation and peaceful co-existence among its peoples, promoting peace, security, democratic principles and the popular participation of citizens in the pursuit of good governance.”

The principal concern of the Union as regards the context of mutuality is the interdependencies that exist especially at cross border locations. The potential for arguments over territory, pastoralist impedance or water resource management are common grounds for misunderstanding and long serving grievances that often lead to inter-state war and conflict. It is also significant that while the four countries of the Mano River Union have engaged in civil conflict over the years, the experience has been for a more open border arrangement with combatants freely taking refuge in neighboring countries thus heightening the potential for inter-state engagements. It is also the case that the recent Ebola Virus Disease that engulfed Sierra Leone, Liberia and Guinea easily spread across the borders of these three countries quite swiftly because of the inter-connectedness of the peoples in the confluence region where it all started.

The call for mutuality is therefore cognizant of the relationships that have existed between the peoples of these three countries that started the Union and in recognition of the expanded nature of local conflict and social dispensations; the case for Cote D’ivoire’s ascension to the Union became well established. There is even more a renewed interest in enhancing the integrationist aspect of the Union by way of establishing a robust framework for peace and security so that the overall international dynamic of conflict management can be better addressed. A joint or mutual peace accord is known to be beneficial to the security interests of each country and for establishing a common understanding around constraining internal conflicts from spreading from one country to another. There is also the issue of managing and controlling the spread of diseases and to establish early warning systems to monitor and provide rapid response to incidents such as the epidemic caused by the Ebola Virus Disease. Given the perceived cross border implications for serious public health concerns, a project to address HIV/AIDS/STI was funded by the AfDB in 2004. The results attained as compiled in the final programme report and the impact study conducted has been assessed by the AfDB to be one of the few sub-regional success stories. Beneficiary communities desired a continuation of the support as well as extension of its coverage. Such programs that offer scope for mutuality are the very essence of this new call for closer integration.

Your email address will not be published. Required fields are marked with *